KWH Freeze has been part of KWH Logistics since 2000. Following the change, the KWH Group has 4 divisions. KWH Freeze is the largest frozen storage provider in Finland and has warehouses in Vantaa and Inkoo.

– Both divisions have grown rapidly over the past 5 years and meet the Group’s basic requirements for core division status, says CEO Kjell Antus about the background to the change. 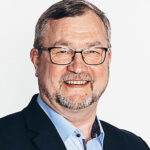 Peter Lång, CEO, Bachelor of Commerce, has been appointed Head of Division for KWH Freeze. He also becomes a member of the KWH Group’s management team. Lång has the main responsibility for the new business group’s operations and profitability. He has worked at KWH Freeze since 1987, and as CEO since 1996, for 25 years.

– It feels good that our long work and success has borne fruit. This gives us the zeal to further develop our business, Peter Lång rejoices. 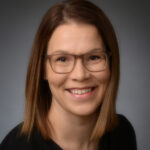 M. Sc. (Business Administration) Eija Savela has been appointed as CFO for KWH Freeze. In her new role, she has overall responsibility for economy, reporting, budgeting, financing, and profitability follow-up. She reports to CEO Peter Lång. Savela will also remain responsible for the internal control within the KWH Group. She has most recently worked as the KWH Group’s Group Controller.

At the same time, M. Sc. (Business Administration) Jan-Erik Hydén has been appointed as Group Controller. As Controller he is responsible e.g. for internal and external 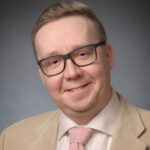 reporting as well as taxation at Group level. He has previously acted in KWH Group as Financial Specialist and before that as Group Controller.

Mirka has acquired another subsidiary in Italy